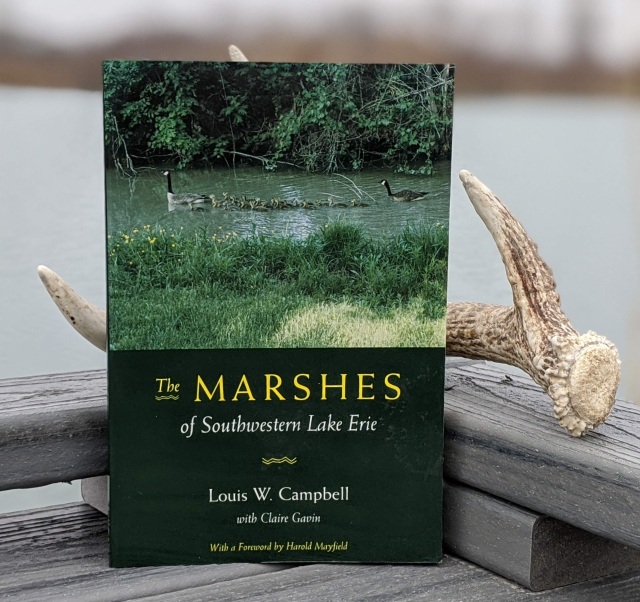 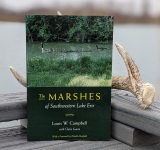 The Marshes of Southwestern Lake Erie by Louis W. Campbell

The marshes along the Ohio shore of Lake Erie represent less than ten percent of the vast wetlands that were there two hundred years ago. Virtually unknown outside the region and, indeed, little known even by area residents, the western Lake Erie marshes are among the most mysterious, beautiful, and vulnerable of all the wild lands remaining in Ohio. Constantly threatened throughout the years with destruction by high lake waters or human enterprises, they have been critically important to the large populations of migrating waterfowl, raptors, and songbirds that twice a year face the treacherous air currents above the lake.

This book explores both the human and natural history of the marshes between Toledo and Port Clinton, Ohio. The author, Louis Campbell is the acknowledged authority on the birds of the Toledo area. Mr. Campbell began weekly birding trips to the marshes in the 1920's, carefully recording his observations. His discerning eye and inquiring mind have accumulated a wealth of information, presented here in a style that is comfortably conversational, whether the subject is glacial moraines, nesting eagles, or a drunken meadow mouse.

The book begins with an almanac, a celebration of marsh life throughout the year, enriched by personal experiences. Mr. Campbell's encounters include a pair of bloodthirsty shrews, a roguish gallery of courting waterfowl, and a rhythm-challenged bittern. He invites the reader to share the risky pleasures of punting and the eerie night sounds of the marsh in May.

Part II describes the history of the low-lying marshes from the Ice Age to the present, as they were transformed into drained, flood-plagued farmland then to drought-and flood-plagued private hunting clubs, and finally to government-protected marshes sealed off by huge dikes from the gift and the threat of Lake Erie. Readers of this book will never again take these wetlands for granted.