​​Friends of Ottawa National Wildlife Refuge has some exciting news to share with all of you. Since 2013, the Friends group has managed a growing fund for land acquisition with the intention of working with refuge staff to identify and purchase land significant to the refuge from willing sellers. Thanks to six years of planning and securing two sizable gifts from anonymous donors, Friends of Ottawa NWR has made this dream come true.

"Friends of Ottawa NWR is elated to have this opportunity to work with a local family to support the refuge in its conservation success story,” said Aimee Arent, Executive Director. "We are so grateful to the Fox family for wanting their land to become habitat for birds and wildlife. We are honored to be a part of the Fox family’s conservation legacy.” 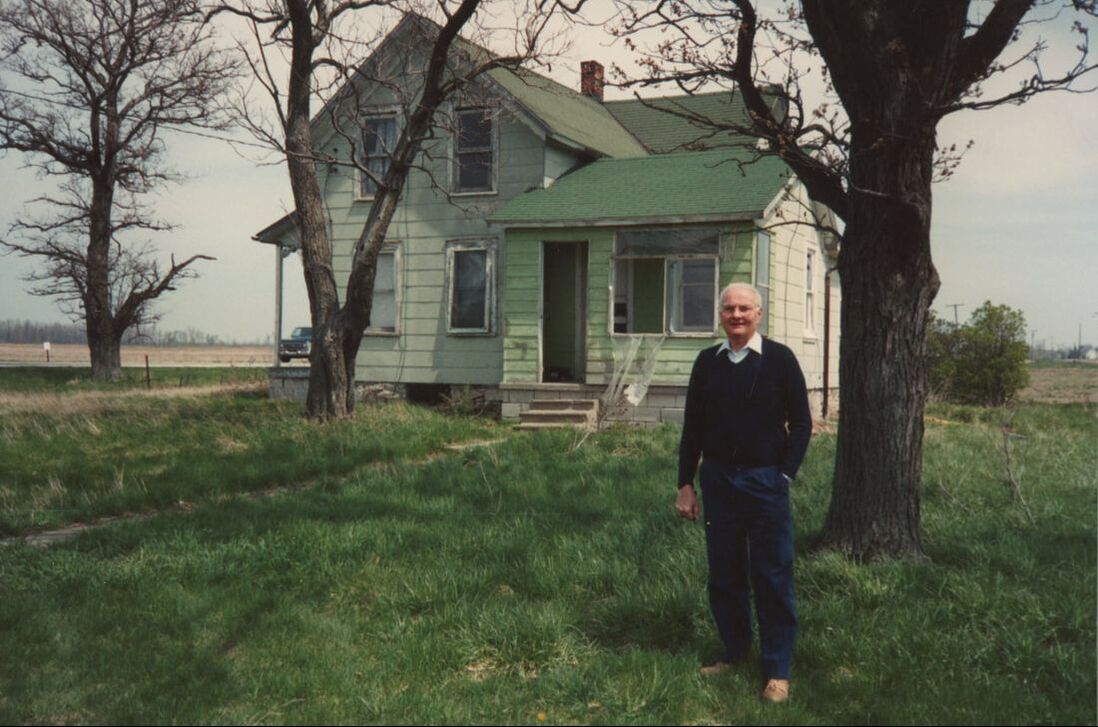 Charles Fox, Jr. owned the farm for many years, allowing tenants to rent the house and fields. He came from a long line of tool and die makers and was the first of his family to attend college. As a teenager he was involved in church, attending Luther League youth group and being inspired by his pastor to pursue a career in the ministry. During those years in Toledo he met Barbara McLain at Schmucker’s Diner, a favorite hangout of the local teens. Both Barbara and Charles attended Capital University in Columbus, Ohio, where Charles went on to attend seminary, earning a Bachelor of Divinity with Honors. They married in 1953, and eventually moved to Farmington, Michigan, in 1960 when Charles was called as Pastor of St. John Lutheran Church. They had three children and Charles served as the beloved pastor of that congregation for 33 years. He held on to the farm, and his family now feels that it was for a special purpose.

When Charles passed away in 2016, his family wondered what they should do with the farm. Acreage owned by other family members had formed Ottawa National Wildlife Refuge. Barbara and their children worked with Friends of Ottawa National Wildlife Refuge to sell the farm, allowing us to facilitate adding acreage to the refuge for the first time.  They feel good knowing that the land will be conserved for generations to come.

"Our family was so excited to sell our father's farm to the Ottawa National Wildlife Refuge. We were always hoping to preserve the "farm" in some way and this presented the perfect opportunity! The opportunity to leave a legacy, contribute to the Refuge, to protect wildlife and to restore the farm back to its natural state." -- Bethany Kalina 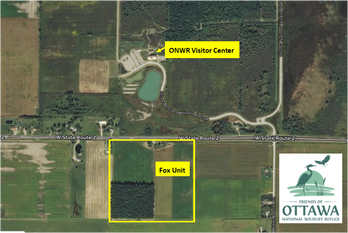 ​​“Ottawa National Wildlife Refuge is excited that the Friends of Ottawa National Wildlife Refuge achieved another conservation milestone with the acquisition,” said Jason Lewis, Refuge Manager. “The organization has become a regional conservation leader championing migratory bird habitat protection and restoration.  Their efforts will help promote the health of Lake Erie through water quality improvements and benefit fish and wildlife throughout the Western Basin of Lake Erie.”

The 40-acre property is located directly across SR 2 from the ONWR Visitor Center. The property includes an 8-acre woodlot. You will see crops growing until funds are secured for restoration. Restoration plans will include restoring wet prairie and shrub habitat which should be excellent for birds and wildlife. The property was sold to the U.S. Fish and Wildlife Service in April 2020, and the proceeds from the sale will be used for future land purchases in a revolving fund managed by the Friends. The long-term plan is to open the property for public recreation. The Friends will be looking for future support to help the Refuge open the Fox property and create a parking area and hiking trail.
A prescribed burn was completed on the Fox Unit on 3.14.21. Thank you to Jake Worthington and Jim Krieger for assisting with the aerial photography.
View the Restoration Plan

Photo taken in July 2020, showing a wetland in progress!
​In October 2019, the Friends completed their second land purchase, a .56 acre parcel with the help of an anonymous donor. The property is located next to the Ohio Division of Wildlife Turtle Creek Fishing Access on State Route 2 near State Route 19. This parcel became part of Ottawa National Wildlife Refuge's Kontz Unit on July 20, 2020. It will be managed as a wetland by the United States Fish and Wildlife Service.

Learn more about the Land Acquisition and Restoration Fund and see how you can help with future land purchases and restoration projects.

This 16.5 acre parcel was purchased by Friends of Ottawa National Wildlife Refuge from Roger and Lois Velliquette of Oak Harbor, Ohio on April 7, 2021. The property is located along a flood zone of Turtle Creek, not far to the east of the refuge's Turtle Creek Island Unit fishing and kayak access.​ This parcel will be restored and become part of the Ottawa National Wildlife Refuge Complex, providing habitats for birds, fish, and wildlife while helping to filter excess nutrients and pollutants before they reach Lake Erie.