One complex, lots to see!

Ottawa National Wildlife Refuge is located approximately 15 miles east of Toledo, Ohio on the south shore of Lake Erie. It can be accessed by traveling east from Toledo on St. Rt. 2. The refuge entrance is one mile east of the junction of St. Rt. 590 and St. Rt. 2. Turn left into the refuge and follow the signs to the refuge headquarters or the hiking trails.

The visitor center is open 7 days a week from 9AM to 4PM. The trails are open from dawn to dusk. 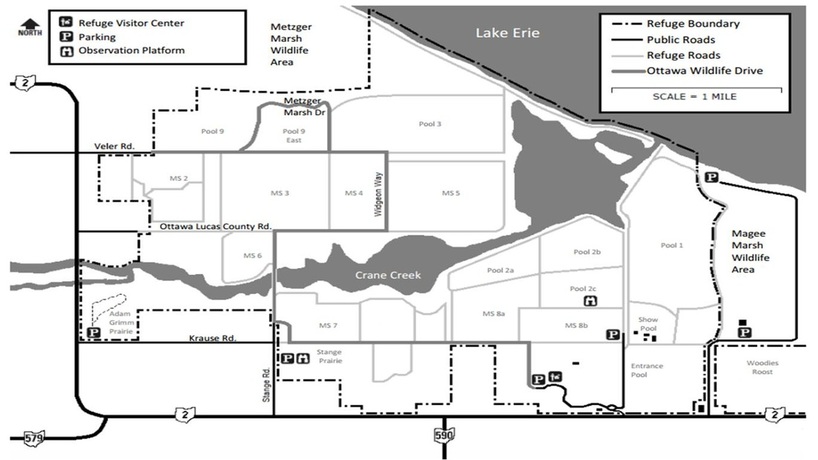 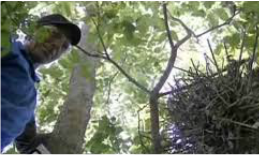 You may have heard about "Vomit Island" from popular TV series Dirty Jobs.  Host Mike Rowe highlighted this protected area during a special trip with scientists to band herons. West Sister Island National Wildlife Refuge sits nine miles off shore of Ottawa National Wildlife Refuge in Lake Erie. President Franklin D. Roosevelt established West Sister Island in 1937 "as a refuge and breeding ground for migratory birds and other wildlife..." and it was specifically designated to protect the largest wading bird nesting colony on the U.S. Great Lakes. In January 1975, 77 acres of the 82 acre island were designated as a wilderness, part of the National Wilderness Preservation System. Access is by permit only.

In 1964, the property at Little Cedar Point, named for the cedar trees growing on its northern tip, was donated to the U.S. Fish and Wildlife Service and became Cedar Point National Wildlife Refuge. The property included the old Cedar Point Shooting Club house, shown below. ​Cedar Point NWR consists of 2,445 acres, the largest contiguous marsh on Lake Erie. Access to Cedar Point NWR is by permit only.
Visitor Center open Wednesday-Sunday 10am-4pm.